Home Uncategorized To Quit or Not To Quit a Job

To Quit or Not To Quit a Job 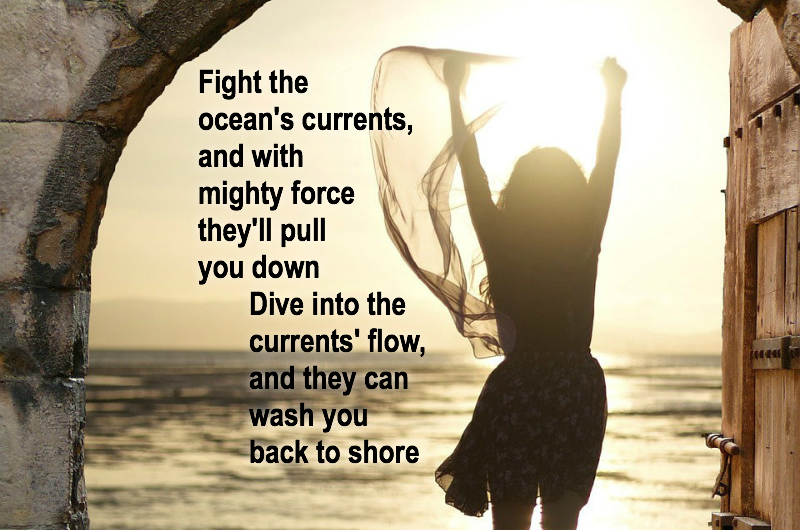 They say when one door closes, another opens. Life is filled with cycles of death and rebirth. Holding onto things fixes them in the deadened part of the cycle and keeps new birth from happening. We can learn to live in a way where we always let go of the old and open to the new. This makes it easier to decide what we need to do next, including whether to leave a job or not. I guarantee you, not living this way makes life a lot harder.

Fighting against what is is an impossible task. It will wear you down. It will mean that you don’t have available to help you, the flow of all that is true. To accept what really is, is to open to all that life has to offer. This means having to accept things you may not want, but it also means being able to let the good things happen. Avoid the bad, and you often stop good things from happening as well.

Accepting Reality As It Is

Recently, a friend of mine was talking about the need to make space for good things to come into your life, and how holding onto something can mean you’re not making space for something else – maybe something you didn’t expect. The next day, someone gave me a message to do with admitting to myself whether I want something or not, and I had to admit that I wanted it, but I didn’t want something about it to be true. So I wasn’t fully accepting reality and I wasn’t being completely honest with myself. This trapped me in holding on, instead of opening to what is, and finding out what is meant to be, so I couldn’t move forward. Instead I spent time agonizing over whether to move on or keep hoping. This reminded me of some jobs I’ve had.

To Quit or Not To Quit

Employees in unhappy jobs often struggle for a long time with whether to quit or not to quit a job. It’s a tough thing to go through because, unless you’re clairvoyant, it can be hard to know whether things will improve or not – whether you can learn to deal with it in a way that makes things better, whether your efforts to communicate your needs will someday be understood, whether the other people involved will learn more on their end, ….

…look at things the way they are, and go forward acceptingly based on the current information.

After understanding the trap created by wanting something but not wanting full reality, I realized that in a challenging workplace situation, we are trapped unless we fully accept reality as it is. Wanting it to be that things will change shouldn’t stop us from accepting things as they are. We need to accept the situation and the people involved as they are – including the possibility that they may not change. We need to be honest with ourselves, and admit the possibility that things may not change. We may not be 100% certain that things won’t change, but we can still choose to look at things the way they are, and go forward acceptingly based on the current information.

If you’re seeing a continued cycle of unhappiness (yours and others’); if you or others have tried to communicate needs and it hasn’t helped, it may be time to let it go and move on. That can be a painful thing to do. You may have put a lot of yourself into your job; you may have had hopes for how things might go; you may like the people you work with or the job itself. But don’t pour your energy into holding on to something that isn’t how you’d hoped it would be. Even if leaving isn’t your next step, fully accepting things the way they are can make it easier to deal with what is. It frees us up to move forward one way or another.